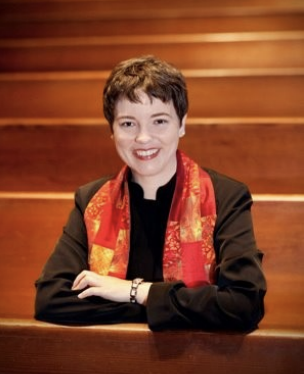 Sent to the congregation via email on May 30.

The public and horrifying death of George Floyd while in police custody this week has prompted protests around the country. If you are paying attention, and I hope you are, there is much to read, see, hear, learn, and think about.

Some of the protests have included acts of destruction and violence. It is not clear or obvious that protestors are the perpetrators of these acts. It appears likely that, at least in some cases, white supremacist terrorists are taking advantage of this moment to do harm.

The systemic failures of the police are on full display as militarized police forces do little to calm these situations.

As a white woman raised in a white supremacist country, I know that my response to the protests is supposed to be that I am “afraid” or “concerned.” When faced with violent protest, white people are supposed to assert that only peaceful protest is allowed, and that the harm caused by protestors overshadows any harm they are protesting against.

But when I search my heart, I don’t find fear or worry. Honestly, it seems right to me that there are protests across the country when a man has died needlessly and senselessly. We should be taking to the streets every day when such egregious injustice has occurred.

To our congregants who identify as people of color, much love and hugs to you. I know the burdens and worries you are carrying are heavy. Please remember, if you need reminding, that you are part of a community that is here to support you and that fights for justice with you.

To our Black congregants in particular, please know that I am here if you want to talk, or if there is any other way that I can support you right now. Please also remember that the Black Lives of Unitarian Universalism (BLUU) has a Facebook group for Black UUs to congregate together, support each other, and to discuss issues at https://www.facebook.com/groups/BLUUClosedGroup/.

As we look forward to changes we might like to advocate for in our own communities, there are two particular issues to keep an eye on:

It is fortuitous or ironic or magickal or “just one of those things” that our worship service tomorrow morning is called “Taking a Breath.” I hope you will be there to join in grieving and sharing together.

Blessings and love to each of you,
Sharon

To schedule an appointment with Rev. Sharon: