From the Board President August 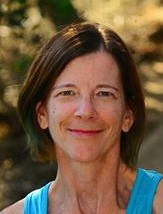 I write this column while wrapping up my work responsibilities and Chalice responsibilities in preparation for a month in Greece and Bulgaria, doing yoga, visiting a beach town, some historical cities and perhaps a winery or two. When you read this in mid-August, Alec and I will be serving as student models for yoga classes being filmed in Bulgaria for a Santa Monica yoga studio with an online presence. Students, teachers and the studio’s film crew come from all over the world. During the two weeks we spent filming last year, we became friends with yogis and young filmmakers from a dozen different countries.
I dreamed of living in foreign lands when I was little, growing up in a decidedly untraveled family. I like learning where folks live, how they earn their livelihood, what their schooling is like, how their culture is like mine and how it differs. The nonprofit that sent me to Peru for a year as a high school foreign exchange student was founded after World War I by French and American servicemen who believed that such exchange programs could contribute to world peace by encouraging cross-cultural understanding – not unlike our sixth UU principle, the “goal of world community with peace, liberty, and justice for all.”

This goal feels distant in times of violence and divisiveness wrought by misguided individuals filled with hate, but I refuse to believe the world cannot be healed. As Unitarian Universalists, we come from a long tradition of principled activists who felt compelled to speak truth to power. I believe we are called to confront hate and ignorance when we see it. So whether or not you are lucky enough to be traveling this summer, keep your eyes open for opportunities to put our UU principles into practice. Approach your travels – around our beautiful San Diego or around the world – with open hearts and open minds. Speak up where you see injustice. Learn something new. Relax, renew – but come back ready to take up the fight again.
As Margaret Mead said, “Never doubt that a small group of thoughtful, committed citizens can change the world; indeed, it’s the only thing that ever has.”